Two weeks after my return from Hawaii, I woke up to discover that my Senior Cat, Bear, was dead. Everyone who owns a pet knows that the pet’s life is limited, but of course we don’t know how limited. And are we ever reallyprepared?

Bear was a rescue cat. He saw one owner through until his or her death, and Jack and I adopted him in April of 1998. Then he saw Jack through his illness and death. He was always there for Jack. He then discovered Shadow, and was his mentor and big brother for three years.

I took this picture when I was helping an animal rescue put together a newsletter. Bear was up for adoption, and he caught my eye… 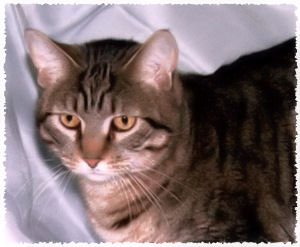 When Shadow came one the scene, Bear was quick to eat Shadow’s food first…he figured Shadow could eat his boring senior cat food. So Bear began to grow heavier. And heavier.

Bear taught Shadow all the fun things there were to do: Search and Destroy House Plants was high on the list. Climb as high as possible…like the top of the refrigerator…accidentally knock down lamps and vases and things while rubbing up against them…and try, always try to get up on the counter when food was there…use the best furniture and new carpet as scratching posts: the scratching posts Mom gets at PetSmart are so dorky! Etc.

In the last couple of years, there was lots of mutual exercise between the two cats. Running around and tussling with Shadow so much had to tire him out. The vet had been concerned for several years about his weight, but we couldn’t find a solution. Through everything, he remained totally Bear. Good natured, hungry, loving, hungry, and steadfast. And hungry.

Here are the two of them in their normal snuggling position: 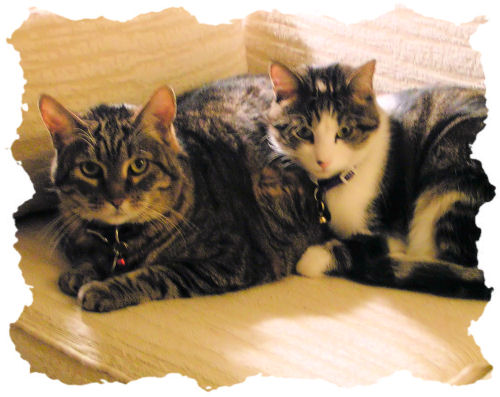 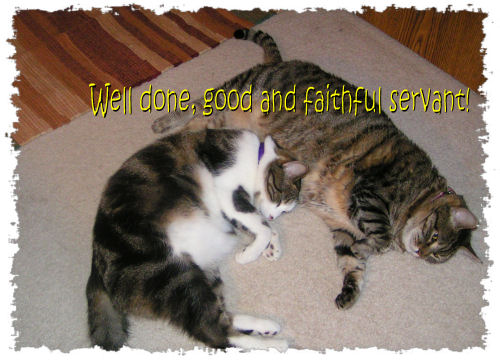 What Should I Look for When Choosing Home Health Care? Guest Post by Nicholas Rubright As your … END_OF_DOCUMENT_TOKEN_TO_BE_REPLACED

Guest Post by Lance Cody-Valdez If you’re a solopreneur, you may be wondering if you’ll ever have … END_OF_DOCUMENT_TOKEN_TO_BE_REPLACED

December 2, 2021 Guest post: Teresa Siqueira If you have a busy … END_OF_DOCUMENT_TOKEN_TO_BE_REPLACED