You are here: Home / Grammar / Typing: One Space or Two? 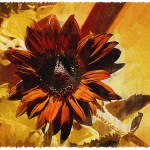 The subject of using one space or two between sentences, especially for people used to typing exclusively on typewriters, often creates colorful conflict.

Here’s the history: when monospace (fixed-pitch) fonts, like Courier, were in wide use, it was traditional to leave two spaces between the period and the start of the next sentence. There were definite rules for people who typed documents.

The rules have changed. Today we generally use proportional fonts (in which the width of the characters varies). Monospace fonts are more often used in databases, tables, etc.

Here’s the latest commonly accepted standard in the world of typography: choose one space as a rule unless two spaces are needed to create an adequate visual break between sentences.

There are exceptions. When the fonts are quite small (for example, a 9-10 pt serif font like Times New Roman), using only one space after the period may not always provide a clear visual break between sentences. Generally a larger point size does provide that visual break. When in doubt, use your own judgment.

What Should I Look for When Choosing Home Health Care? Guest Post by Nicholas Rubright As your … END_OF_DOCUMENT_TOKEN_TO_BE_REPLACED

Guest Post by Lance Cody-Valdez If you’re a solopreneur, you may be wondering if you’ll ever have … END_OF_DOCUMENT_TOKEN_TO_BE_REPLACED

December 2, 2021 Guest post: Teresa Siqueira If you have a busy … END_OF_DOCUMENT_TOKEN_TO_BE_REPLACED