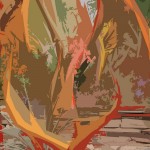 Have you ever seen people get into a heated argument over the right use of the words “lay” and “lie”? It happens.

LAY is a verb meaning “to put” or “to place,” and needs an object to complete its meaning. (Lay, laid, laying.)

Use lay when you set or put something down (book, food, etc.);
place in a resting position (baby for a nap); bury someone or something (they laid the body in the family plot); place, arrange, or spread something on, over, or along a surface (as in laying carpet or linoleum); press something flat (dog laid back its ears); and prepare for a fire (lay a fire).

It’s also what chickens do (lay eggs) and what gamblers do (place or lay a bet).

(Lie, lay, lain, lying.) “Lie” generally refers to a person or an object as getting into a reclining position or already being in that position. It also meant the opposite of truth, but not for this exercise.

What Should I Look for When Choosing Home Health Care? Guest Post by Nicholas Rubright As your … END_OF_DOCUMENT_TOKEN_TO_BE_REPLACED

Guest Post by Lance Cody-Valdez If you’re a solopreneur, you may be wondering if you’ll ever have … END_OF_DOCUMENT_TOKEN_TO_BE_REPLACED

December 2, 2021 Guest post: Teresa Siqueira If you have a busy … END_OF_DOCUMENT_TOKEN_TO_BE_REPLACED