You are here: Home / Archives for Writing

“The written word,” says Rich Becker, “is one of the most accurate and flexible means of communication ever conceived and we’re living in an era where we can access more of it than ever before in human history.”

This colorful writer, businessman, and educator just posted an article, “Five Popular Content Writing Tips That Are Dead Wrong.” He explains the following items in full in his blog post:

1. Everything is trending toward less words so write less.
2. Adding exciting words to marketing copy will jazz it up.
3. Writing catchy copy takes almost no time at all.
4. Persuasion and believability comes from good writing alone.
5. One medium will rule them all and in the darkness bind them.

Take a few moments to hear Becker out. Writing proficiency is vital, and it is diminishing in the U.S. Not good.

Rich Becker is an accomplished businessman who has also taught writing, editing, and social media classes at the University of Nevada, Las Vegas for more than ten years. Subscribing to his blog is one of the smartest moves I’ve made in my business. 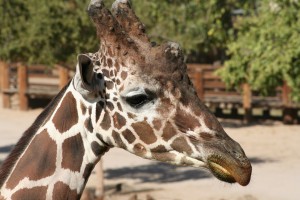 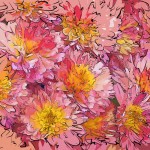 Did you know that most typists use serif fonts (like Times Roman & Times New Roman) for text? Or that this type of font is designed so the reader’s eye moves smoothly from letter to letter? Yep. The little squiggles you see on serifs are part of that ease-of-reading process.

Traditionally, typists use sans serif fonts (without squiggles) more often for headings, accounting, data entry, etc. These less decorative fonts also complement serif fonts when, for example, one is used for body text and the other for headings.

Today’s home and office (ink jet & laser) printers usually operate at a minimum of 300dpi (dots per inch). At 300dpi and higher, both serif and sans serif fonts are readable, but on the Internet…

Most screen resolutions are set at 72-100dpi. Web typography experts often suggest that at this low resolution, Web designers offer the best readability by using sans serif fonts such as Arial, Helvetica, and Verdana. This will undoubtedly change in years to come, but slowly. Most users will not replace their current monitors simply because better resolution is available. Designers may be the biggest exception.

TIP: All fonts are not created equal. Verdana, an attractive sans serif font created for the Web, is slightly larger than Arial. If space on a page or in a heading is important, you may want to use Arial.

Incidentally, the text on a user’s screen is almost always controlled by the fonts the user has on his/her system (hard drive). That’s why most designers give a minimum of two choices when writing the font command. Some users, for various reasons, control the specific font and size their browser uses. Size is another, more difficult issue. You may learn that you can’t please all the people all the time!! 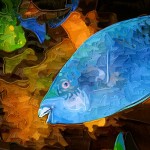 Do you often wonder if you’re using dashes properly? Dashes have distinct uses that often seem blurred in today’s society. Here’s what’s best for writers and those involved in business writing.

A. A dash usually replaces a comma, semicolon, colon, or parentheses. When used this way, it creates an EMPHATIC separation of words. Since a dash is versatile, people tend to use it to punctuate almost any break in a sentence. Don’t. It’s best used for EFFECT. And experts say we should never type a single hyphen to represent a “double” dash (em dash).

Author Amy Einsohn says, “The dash is best reserved for special effects: to prepare readers for a punchline or a U-turn.” The Chicago Manual of Style says, “A dash or a pair of dashes is used to denote a sudden break in thought that causes an abrupt change in sentence structure.” Professor Charles Darling suggests thinking of dashes as “super commas.”

There are four kinds of dashes: em, en, two-em, and three-em.

Generally, if you see the word “dash,” the writer means em dash. Most word processing programs give us access to em dashes (the width of a capital “m”). If you don’t have software that has this special character, type two hyphens with no spaces between the words on either side and the dashes, or do one of the following: Keyboard stroke: If you use Windows, hold down the Alt key and type 0151 on the keypad.

To make this autocorrect in Word for Windows:

If you use a Mac and Word, try typing two hyphens. Word should automatically convert them into an em-dash. If not, try this:

Go to Menu bar / Tools / click AutoCorrect. In the “Replace” box, type two hyphens. In the “With” box, press OPTION+SHIFT+- (hyphen) to create an em-dash, and then click Add. Close.

Regardless of whether you use an “em” dash or two hyphens, don’t leave any space before or after the dash.

If you don’t have access to an “en” dash, use a hyphen. If you use Windows, hold down the Alt key and type 0150 on the keypad.

* Mrs. Birming—- chose to remain anonymous.
* The diagnosis was made by Dr. Boy—-.

Note: You can type a two-em dash by using the keystrokes one after the other with no space between them.

Used to indicate that an entire word has been left out or needs to be provided. If you don’t have the character for the three-em dash, type six consecutive hyphens. You can type a three-em dash by using the keystrokes three times with no space between them.

Because this dash represents a complete word, leave a space before and after unless punctuation is needed. Three em-dashes are generally also used in bibliographies to represent an author’s name in subsequent entries, once the author’s full name has been given.

NOTE: These rules aren’t written on stone. Many documents you’ll type do not require using the various dashes. But when you’re typing manuscripts, print newsletters, special reports, or anything that requires good typography, use them as described above. If nothing else sticks, make sure you always use two hyphens when you can’t create an em dash. You’ll find more information on dashes at:

What Should I Look for When Choosing Home Health Care? Guest Post by Nicholas Rubright As your … END_OF_DOCUMENT_TOKEN_TO_BE_REPLACED

Guest Post by Lance Cody-Valdez If you’re a solopreneur, you may be wondering if you’ll ever have … END_OF_DOCUMENT_TOKEN_TO_BE_REPLACED

December 2, 2021 Guest post: Teresa Siqueira If you have a busy … END_OF_DOCUMENT_TOKEN_TO_BE_REPLACED