You are here: Home / Archives for Becky Blanton 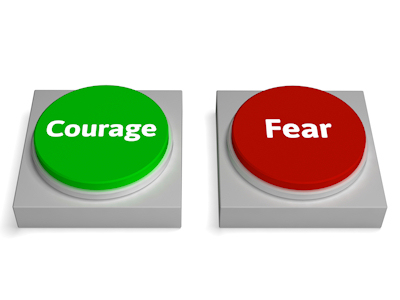 My friend, Becky Blanton, spent a year as a homeless person, and last summer she was one of the seven-minute speakers at TED in Oxford, England. Here is the video of her presentation.

Blanton just published an eBook, and you are welcome to download it. It’s called “Homeless for the Holidays,” and a terrific book for people interested in ensuring that homeless people have the best possible holiday.
http://homeless4theholidays.com/index_files/Homeless4holidaysFINAL.pdf

My friend Becky Blanton just published an eBook that can significantly help people who live in vans or RVs of any kind. Why? Experience. She lives in a van. Her ebook is a how-to secure articles in your van or RV, along with storage and other tips.

Her eBook is called “Biners and Bags,” and is for sale on her website. This highly illustrated publication shows how one can live in 78-square feet comfortably! 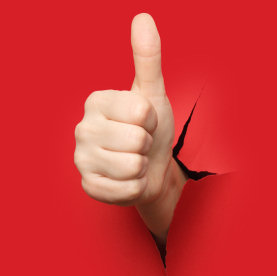 Tonight my friend Becky Blanton got an advance copy of TED magazine. She wrote an an article in it – and although the full copy of the magazine won’t be released until Sept. 21 in London at a special TED Salon, you can read it here now! You’ll need to click through to the full version of this and then click on designmind_TEDGlobal to download your FREE copy of the magazine!

Sixty speakers and performers as well as 700 attendees from diverse backgrounds, disciplines, and cultures came together to explore, discuss, and celebrate the conference theme, “The Substance of Things Not Seen.”

frog design, a TEDGlobal partner, also produced the official program guide for TEDGlobal. The special edition of its design mind publication captures key moments of the conference – among them talks by British Prime Minister Gordon Brown, author and philosopher Alain de Botton, and Nigerian novelist Chimamanda Ngozi Adichie – and features interviews with and essays from many of the most intriguing TEDGlobal speakers and attendees. Furthermore, the magazine contains behind-the-scenes impressions of “the making of” TEDGlobal as well as observations from the social gatherings and adjunct events at the conference.

In addition, the magazine includes a special TED bonus session on “The Meaning of Business” with contributions from Beth Comstock, chief marketing officer and senior vice president of GE; Henry Tirri, senior vice president of Nokia and head of the Nokia Research Center; as well as Dev Patnaik, founder and principal of Jump Associates, and author of the book Wired to Care.

design mind was the first publication invited to fully document a TED conference. Granted unlimited access to TEDGlobal in Oxford, the frog design team returned home with thousands of photographs, as well as books full of notes, sketches, illustrations, and many insights and fascinating encounters.

“Our goal was to turn the ideas presented at TEDGlobal into rich content that extends the dialogue between speakers and audience beyond the conference,” said Sam Martin, editor-in-chief of design mind. “It’s an opportunity to experience the conference in a different medium and at your own pace. Both those who were there and those who weren’t can delve more deeply into the passions and ideas shared at TEDGlobal, and learn more about the topics and the people who took part on-stage and off.”

Bruno Giussani, European director of TED, who curated the TEDGlobal 2009 conference and served as the guest editor for the design mind issue, said: “The design mind magazine is a beautiful and compelling publication that provides a new perspective to everyone who follows TEDGlobal. It is both a souvenir and a conversation starter, offering Oxford attendees and the broader TED community a look at the conference that goes far beyond the events it chronicles.”

Tim Leberecht, frog design’s vice president of marketing and communications, and the publisher of design mind, said: “For a design and innovation firm such as frog, TED is a wonderful gift. TED’s philosophy is a perfect match with frog’s interdisciplinary approach to creativity and innovation. With the design mind magazine, we hope to add value to the global TED community while at the same time benefiting from first-hand access to some of the world’s most remarkable ideas and thinkers. We’re very excited about this unique partnership.”

The design mind TEDGlobal edition, “The Substance of Things Not Seen,” was unveiled on September 21 at an exclusive TED Salon in London featuring TEDGlobal speakers, contributors to the magazine, and special guests. The magazine will be distributed to the TEDGlobal attendees and through the TED Book Club. It is also available in select bookstores and online at http://designmind.frogdesign.com.

About design mind
design mind is the award-winning publication of global innovation firm frog design. Written and designed by frog’s employees as well as featuring contributions from guest writers and artists, it provides perspectives on industry trends, emerging technologies, and global consumer culture. The Web site is updated daily with blogs, videos, and podcasts. The print version is published three times a year. The special TEDGlobal issue, “The Substance of Things Not Seen,” is the fourth print edition after “Numbers” (July 2008), “Motion” (January 2009), and “Power” (June 2009). design mind was selected as a winner for 365: AIGA Annual Design Competitions 30, STEP Magazine’s STEP Inside Design 100, and Creativity + Commerce, Print Magazine’s International Business Graphics Review.
http://designmind.frogdesign.com

About TED
TED stands for Technology, Entertainment, Design. It started in 1984 as a conference bringing together people from those three worlds. Since then, its scope has broadened to include science, business, the arts, and the global issues facing our world. The annual conference now brings together the world’s most fascinating thinkers and doers, who are challenged to give the talk of their lives – in 18 minutes. Attendees have called it “the ultimate brain spa” and “a four-day journey into the future.” The diverse audience – entrepreneurs, scientists, creatives, philanthropists – is almost as extraordinary as the speakers, who have included Bill Clinton, Bill Gates, Jane Goodall, Sir Richard Branson, Philippe Starck, Isabel Allende and Bono.

TED was first held in Monterey, California, in 1984. In 2001, Chris Anderson’s Sapling Foundation acquired TED from its founder, Richard Saul Wurman. In recent years, TED has expanded to include an annual international conference, TEDGlobal; media initiatives, including TEDTalks (available with subtitles in 40+ languages) and TED.com; the TED Fellowship; the TED Prize; and the newly launched TEDx initiative. TEDGlobal 2009, “The Substance of Things Not Seen,” was held July 21-24, 2009, in Oxford, UK. TEDIndia will be held in Mysore, India, November 1-4, 2009. TED2010, “What the World Needs Now,” will be held February 9-13, 2010, in Long Beach, California, with a TEDActive simulcast event in Palm Springs, California. TEDGlobal 2010, “And Now the Good News,” will be held July 13-16, 2010, in Oxford, UK.

What Should I Look for When Choosing Home Health Care? Guest Post by Nicholas Rubright As your … END_OF_DOCUMENT_TOKEN_TO_BE_REPLACED

Guest Post by Lance Cody-Valdez If you’re a solopreneur, you may be wondering if you’ll ever have … END_OF_DOCUMENT_TOKEN_TO_BE_REPLACED

December 2, 2021 Guest post: Teresa Siqueira If you have a busy … END_OF_DOCUMENT_TOKEN_TO_BE_REPLACED