You are here: Home / Communication / Six Phoenix libraries to close 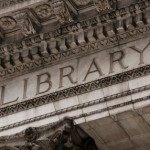 Six libraries in Phoenix will close due to city budget cuts, another element of the effort by Mayor Phil Gordon to transform the city into a diversified high-tech center of America’s economic future.

It’s typical Phoenix. Last week, the story of the cuts to city programs got half-a-page coverage in ‘The Arizona Republic.’ Last week, a football player retired; the story got four pages in the next day’s paper, plus a special six-page section on Sunday. The newspaper doesn’t run Phoenix; it merely tries to reflect what it considers important to its readers.

As a baseball fan, I’ve watched fans stand in silence before the game, listening to the national anthem. It never affects the game. It reflects what people consider important. Likewise, 10 pages for a football player. Half-a-page for library closings, plus a dozen or so parks, senior centers and other people-centered facilities. It reflects what newspaper readers consider important.

The 15 library system faces a 19 percent cut in funds, largest of any department. The city’s 90 senior executives, who utterly failed to see the collapse of the local economy which began in the fall of 2006, will get a 2 percent cut. No executive layoffs are planned.

It’s not just Phoenix. Mesa, the state’s third largest city, is also making major cuts to police services and other civic programs. Yet, Mesa is offering $84 million to build a new ballpark exclusively for the Chicago Cubs, who will use it for only one month of the year.

What is a library? Isaac Asimov explains, “I received the fundamentals of my education in school, but that was not enough. My real education, the superstructure, the details, the true architecture, I got out of the public library.

“For an impoverished child whose family could not afford to buy books, the library was the open door to wonder and achievement, and I can never be sufficiently grateful that I had the wit to charge through that door and make the most of it. Now, when I read constantly about the way in which library funds are being cut and cut, I can only think that the door is closing and that American society has found one more way to destroy itself,” Asimov wrote.

On Sunday, the paper had several pages to a “Let’s Grow Jobs” feature in response to Arizona’s economic decline, worse than Michigan and exceeded only by Nevada. For decades, Arizona’s economy was based on illegal migrants in construction, warehousing and landscaping. The $1.4 billion trolley 20-mile car line, which gets $3 in taxes for every $1 in fares, is almost untouched.

Trolley cars reflect the mayor’s ego. Libraries house ideas, as abundant as lemons on a well-watered tree but with all the fruits of the world in one small plot of land. Sports is fun, Arizona emphasizes the pay-for-fun approach rather than do-it-yourself fun.

What is a library? Gerald Manley Hopkins describes it thus:

Glory be to God for dappled things —
For skies of couple-colour as a brinded cow;
For rose-moles all in stipple upon trout that swim;
Fresh-firecoal chestnut-falls; finches’ wings;
Landscape plotted and pierced — fold, fallow, and plow;
And all trades, their gear and tackle and trim.
All things counter, original, spare, strange;
Whatever is fickle, freckled (who knows how?)
With swift, slow; sweet, sour; adazzle, dim;
He fathers-forth whose beauty is past change;
Praise Him.

What is a library? It is ideas. A town without a library is like a baseball team that never practices. In recent years, Arizonans have spent hundreds of millions of dollars to build some of the nation’s finest baseball spring training facilities; they are gems, well worth the money and well worth the commitment to the sports future. But great cities have more than playgrounds.

Ideas deserve as much consideration, care and commitment. In Phoenix, the tangible value is concrete, steel and asphalt. Conservatives trust concrete. Progress is rubberized asphalt. Ideas are dangerous, as William Shakespeare wrote in Julius Caesar:

Let me have men about me that are fat;
Sleek-headed men and such as sleep o’ nights.
Yon Cassius has a lean and hungry look;
He thinks too much; such men are dangerous.

An original idea? Hardly. Shakespeare cribbed it from a comment by Julius Caesar as written by Plutarch, which he could discover only because of a library, “It is not these well-fed long-haired men that I fear, but the pale and hungry-looking.”

Perhaps, like Caesar, the mayor fears libraries because they house ideas.

What Should I Look for When Choosing Home Health Care? Guest Post by Nicholas Rubright As your … END_OF_DOCUMENT_TOKEN_TO_BE_REPLACED

Guest Post by Lance Cody-Valdez If you’re a solopreneur, you may be wondering if you’ll ever have … END_OF_DOCUMENT_TOKEN_TO_BE_REPLACED

December 2, 2021 Guest post: Teresa Siqueira If you have a busy … END_OF_DOCUMENT_TOKEN_TO_BE_REPLACED