You are here: Home / Grammar / Plural & Possessives for Proper Nouns Ending in Sibilants 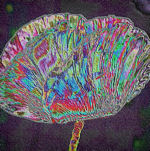 Let’s tackle plurals and possessives for proper nouns ending in sibilants! Gulp! Recently, someone asked me, “Which is correct for the plural of my last name – Strauss’s or Strausses or Strauss’???? And what about possessives?”

Chicago Manual of Style says (6.7) The PLURALS of most nouns are formed by the addition of “s” or “es.” When the noun ends in soft “ch” or in “s, sh, j,x, or z,” the plural inflection is “es.” So it appears the plural of your name is “Strausses.” The Strausses live there. The Strusses are going to Rome. The Strausses have guests.

You’d only use an apostrophe if it were used in a possessive manner: The Strauss’s landscaping…The Strauss’s dog. Chicago Manual of Style says (6.24)The general rule for the POSSESSIVE of nouns covers most proper nouns, including most names ending in sibilants…

Here’s another excellent explanation: Making Words Possessive When They End in Sibilants

Form the possessive singular of nouns with ‘s.

Follow this rule whatever the final consonant. Thus write,

This is the usage of the United States Government Printing Office and of the Oxford University Press.

What Should I Look for When Choosing Home Health Care? Guest Post by Nicholas Rubright As your … END_OF_DOCUMENT_TOKEN_TO_BE_REPLACED

Guest Post by Lance Cody-Valdez If you’re a solopreneur, you may be wondering if you’ll ever have … END_OF_DOCUMENT_TOKEN_TO_BE_REPLACED

December 2, 2021 Guest post: Teresa Siqueira If you have a busy … END_OF_DOCUMENT_TOKEN_TO_BE_REPLACED