You are here: Home / Personal / Let’s hear it for Rainier Beer! And The Junk Room!

This story is shared by long-time friend and neighbor Fred Lund. It talks about our growing up days in Bellingham, Washington, where we were friends and neighbors.

When I was growing up, we lived in a four-bedroom house near Sunnyland School. One bedroom was for my parents, one for me, another for my sister, and one for Uncle Fred, a widower who, along with Aunt Bertha, had raised my mother after her mother died. Longing for peace and quiet, Uncle Fred eventually moved into an apartment on State Street.

The now-vacated bedroom transformed into “The Junk Room.” This former boudoir became a magical place for kids, as well as a catchall for odds and ends. When our childhood friends came over, we hung out in the Junk Room, away from parental scrutiny.

We could set up a card table and play Monopoly, Parcheesi, Chinese Checkers, Go Fish, Old Maid, and a myriad of other games. Some of the girls decided we should form a club, which we called the “Hunky-Dory Club.” The Junk Room, of course, became our club house.

This manifested into an early-on learning experience regarding organizational skills, cooperation, planning, and problem solving. I can’t recall how long the club lasted, but we did put together a back yard carnival and a kiddy parade entry involving a rusty red wagon and some costumes and streamers. 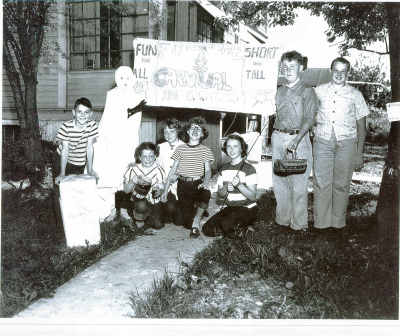 When I spent time in the room alone, I explored a bookcase full of strange books, such as outdated medical volumes with photos of people in Africa suffering from diseases like Elephantiasis and Leprosy. There was a large World Map on the wall from Pre-World War One, featuring photos of Emperor Franz Joseph, Kaiser Wilhelm, and personages of historical note. 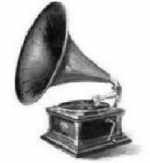 Boxes of old clothes provided my sister and her friends hours of fun playing dress-up. An ancient Victrola with thick, 78 rpm Edison-brand discs provided us with peculiar, scratchy music.

The closet contained the remnants of Uncle Fred’s old sporting goods store that had gone out of business back in the ‘20’s. There was a box of baseballs (hard balls), an assortment of fishing lures (the type that wouldn’t sell) and ancient poles and reels, creels, sinkers, and hooks.

The most dramatic event that took place in the Junk Room, was when my parents made the decision to start making home brew again, as they had during the depression. Just prior to that, we made homemade root beer in the Junk Room, and still had on hand a crock, syphon hose, bottle capper, and a bunch of jumbo beer bottles.

One summer afternoon my buddy Bruce and I walked down Maryland Street taking swigs of root beer from a Rainier jumbo bottle. A horrified neighbor reported to Mom that her delinquent 12-year-old son and his friend were flagrantly drinking beer in public.

We were directed to be more discreet with our root beer consumption after that. At any rate, this beverage-making enterprise was to transmogrify into a home brew venture. After all, they had previous experience. The brew was eventually bottled and placed in boxes in the Junk Room, and the family went on a fishing trip to Loon Lake in B.C.

Unfortunately, my parents didn’t anticipate a spate of hot weather, which overheated the upstairs rooms. When we opened the back door upon returning home, the heady smell of warm beer assailed us. I don’t remember how many bottles they made, but all had exploded except one. Sticky beer residue and shattered glass decorated the walls, ceiling, and floor.

It took a long time to clean up, and by the time the room finally stopped reeking of warm beer, my interests had transferred to the backyard club house, even farther away from parental interference. It was indeed an odd way for my interest in the Junk Room to come to an end.

Note from Fred Lund: My regret is that those who are in the carnival photo who have passed away, (Lynene, Bruce Gillespie,) are not here to experience it. I missed being in that photo by a couple of hours, as I was helping my father on a summer job, when the Herald photographer showed up.

What Should I Look for When Choosing Home Health Care? Guest Post by Nicholas Rubright As your … END_OF_DOCUMENT_TOKEN_TO_BE_REPLACED

Guest Post by Lance Cody-Valdez If you’re a solopreneur, you may be wondering if you’ll ever have … END_OF_DOCUMENT_TOKEN_TO_BE_REPLACED

December 2, 2021 Guest post: Teresa Siqueira If you have a busy … END_OF_DOCUMENT_TOKEN_TO_BE_REPLACED