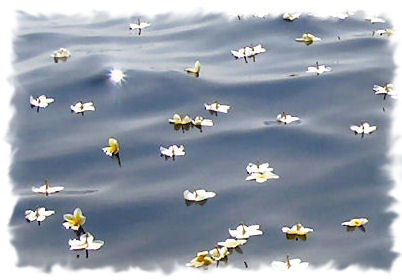 Jack Vorfeld had presence. It seems like only yesterday that a group of us stood around Jack’s bed in a hospice facility and said goodbye. Although he’d been diagnosed with pancreatic cancer on October 7, he had been sick a couple of months, and no one could seem to determine what was wrong.

We were just about to order a CT scan when my brother David and I had to rush him to the ER, and it was there that they discovered what was wrong. If we had known he had less than two weeks to live, we would have asked all the family to get here.

We knew it wouldn’t be long, but the doctors said he could live for six weeks or possibly more. Most of the family was able to say goodbye, and some of our dear friends, but again, we didn’t realize the limited time he had left.

He had the ability to love unconditionally, and he lavished love and kindness his entire life. This is what I remember the most. Every one of his family and friends knew where they stood with him. And neighbors. And strangers. He came home about five years before he died after having helped a woman whose vehicle had broken down somewhere in the Phoenix area. She gave us the most stunning bookends made of polished rock.

The picture at the top of the page was taken by David as a small group of family got into Ted’s boat and went out beyond Kona to lay Jack to rest in the ocean he so loved. His sons, Ted and Peter, carefully dropped a beautiful disc containing his ashes, and the rest of us dropped tiny white orchids and plumeria blossoms. The disc was biodegradable, and it rapidly disintegrated and disappeared. What a strange, bittersweet experience.

What Should I Look for When Choosing Home Health Care? Guest Post by Nicholas Rubright As your … END_OF_DOCUMENT_TOKEN_TO_BE_REPLACED

Guest Post by Lance Cody-Valdez If you’re a solopreneur, you may be wondering if you’ll ever have … END_OF_DOCUMENT_TOKEN_TO_BE_REPLACED

December 2, 2021 Guest post: Teresa Siqueira If you have a busy … END_OF_DOCUMENT_TOKEN_TO_BE_REPLACED