You are here: Home / Grammar / How to win the grammar game 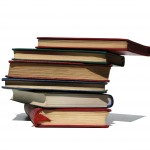 Are you one of the many bright people who speaks well but has trouble with the mechanics of writing: following those confusing rules concerning spelling, punctuating, capitalizing, etc.? Is a relative, co-worker or editor constantly whipping out a dictionary, style guide, or grammar handbook to point out mistakes in your writing, making you want to slam their fingers in Chapter 6?

If so, have you spent precious time striving to learn who’s right? Or is that whose wright?

Does it matter? If you’re speaking, perhaps not. If you’re writing, it may matter.

The reasons for not writing well are varied, but that doesn’t stop people from being good communicators…from creating fantastic stories and plots…from giving life and light and meaning to words.

You are bright. Never forget that….

A and An: “an historical book” is not idiomatic in American English. Before a pronounced (breathy) h, the indefinite article should be a. A hotel; a historical. Precede a word beginning with a “breathy” h with an a. (6.60CMS14)

Due to or Because of? Due to modifies nouns and is generally used after some form of the verb to be (is, are, was, were, etc.). Jim Wilson’s success is due to talent and spunk (due to modifies success, not talent). Because of should modify verbs. Ted resigned because of poor health (because of modifies resigned). (1101GRM7)

Its or It’s? This is one of the most common problem areas of our language, probably because possessives almost always use apostrophes. Its is an exception. Its: The possessive form of the pronoun it is never written with an apostrophe, e.g., . . . read the book. “Its title is . . .” or, “What is its value?” It’s: contractions of it is and it has. It’s time to go. It’s been great. (AHD3)

Nauseous or Nauseated Often used incorrectly, but don’t get nauseating about its usage. Nauseous means sickening to observe: disgusting. Nauseated means sick to one’s stomach. Pregnant women often experience nausea. When they describe the way they feel, they should say, “I feel nauseated,” but if a pregnant woman says, “I feel nauseous,” don’t correct her grammar: give her a hug and some ginger ale! Timing is everything.

Their, They’re, or There? Their: possessive form of the word they, e.g., Their Web site is full of typos. They’re: contraction of the words “they” and “are,” e.g., They’re doing a great job on their Web site. There: at or in that place, e.g., “Now there is a stunning Web site. (AHD3)

Your or you’re? This is probably the second most common problem area in our language. You’re: contraction of the words “you are,” e.g., “You’re up for an award. Someone said you’re leaving.” Your is a possessive form of a personal pronoun, e.g., “I like your Web site. Tom, thanks for giving your time to this effort.” Both: “Your knowledge of HTML shows that you’re a dedicated designer.” (AHD3)

Let’s tackle just a few of the most confusing word pairs and groups:

* Accept: receive…..Except: exclude
* Adverse: opposed…..Averse: not interested
* Affect: change, influence…..Effect: (v) to bring about (n) result, impression
* Appraise: value…..Apprise: inform, notify
* Lay: to set down, to place or put an item down…..Lie: to recline
* Principal: first in authority; main participant; amount of a debt less interest…..Principle: basic truth or assumption
* Ensure: to make sure or certain; guarantee; to protect…..Insure: to take out or issue insurance; to pay or be paid money in the case of loss…..Assure: convince, make sure of something, to give confidence; to declare or promise confidently
* Their: belonging to; possessive of “they” (another case where a possessive does not have an apostrophe)…..There: at, or in that place…..they’re: combination of “they are”
* To: in the direction of; toward…..Too: in addition; as well, also…..Two: more than one; less than three

* Adjectives are modifiers. They describe nouns & specify size, color, number, etc., e.g., The small “x” in the upper corner of the window is used to exit your file.
* Adverbs describe verbs, adjectives & other adverbs, e.g., The exhausted secretary screamed loudly as her monitor flickered slowly, then died.
* Alliteration can give a pleasing sound to a sentence, as long as it’s not overdone, e.g., World Wide Web . . . smelly, slimy SCSI . . . resonant ringing.
* Clauses are groups of words with a subject and predicate. A main clause stands alone as a sentence; a subordinate clause is incomplete and is used with a main clause to express an idea. Main:I will play Tetris, Subordinate: when I have time.
* Compound nouns usually form the plural by pluralizing the fundamental part of the word, e.g., attorneys general; spelling matches; vice presidents.
* Conjunctions join words, phrases or clauses. Coordinating conjunctions: and, but, for, or, nor, either, neither, yet, so, so that. (Yet & so are also used as adverbs.) Subordinating conjunctions join two clauses (main and dependent/subordinate): although, because, since, until, while, etc.
* Metaphors suggest comparison between two different things, e.g., Bill Gates has a heart of gold…His mind is a sharp razor.
* Mondegreens: Misheard lyrics. Example: “Donuts Make my Brown Eyes Blue” rather than “Don’t it Make my Brown Eyes Blue” or “Are you Going to Starve an Old Friend?” instead of “Are you Going to Scarborough Fair?” or “Ham on Rye” rather than Kenny Loggins “I’m alright.”
* Noun The name of a person, place, thing, quality or action. Nerd, Bellingham, desk, truth, discovery, frustration.
* Phrases are closely related words with no subject or predicate, and may be used as nouns, verbs, adjectives, or adverbs, e.g., Waiting for Technical Support has kept me at my desk all afternoon (noun). The typing could have been done earlier (verb). The person with the bleary eyes is a computer nerd (adjective). Buy memory chips now, since the price will go up soon (adverb).
* Predicates are one of two main components of a sentence. They are verbs and the words used to explain the action or condition. They always agree with the Subject, e.g., Choosing the right ISP can be a difficult process.
* Prepositions show how nouns or pronouns relate to other words in a sentence, e.g., Little Susie rolled the $800 CD ROM into the bathroom; her mother hid behind the shower curtain, praying for self-control.
* Pronouns are substitutes for nouns, e.g., Judy sat at her computer and opened WordPerfect. Suddenly, her mind went blank, so she contacted Luz Vergara, the WordPerfect Wiz.
* Proper nouns form their plurals by adding s to the singular or es if the word ends in s, z, ch, sh, or zh, e.g., the Carolinas, Robinsons, Piersons, Judys, Joneses, Savages, Morrises.
* Similes show a similarity between two things, using “like.” Bill Prowell has a mind like a razor…After six hours at the computer, her eyelids felt like lead weights.
* Subjects, one of two main components of a sentence, are nouns, pronouns, or phrases used as nouns, e.g., Choosing the right ISP can be a difficult process.
* Verbs make things happen, show action or state of being & also indicate time of action or being, e.g., Jeff’s son waved goodbye to the computer repairman (past). I need to shut down Windows (present). You will enjoy learning HTML (future).
* Voice. Active is preferable to passive to create action and interest. Connie typed the letter (active). The letter was typed by Connie (passive). Sometimes, in certain types of scholarly and scientific documents, passive voice is preferred.

You can win the grammar game! If you need any kind of help with word stuff, contact Judy Vorfeld. Who knows, your question may be the subject of a future article! (With your permission, of course!)

By Jacky Xu This might be your first time to hear it, but we will repeat it: A cluttered … END_OF_DOCUMENT_TOKEN_TO_BE_REPLACED