You are here: Home / Grammar / How to capitalize a title or heading 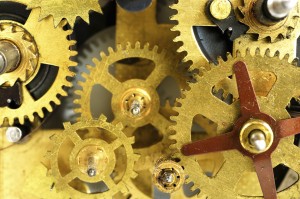 Need some help creating a website, blog, or ezine title using all (well, sort of) initial caps? Here’s the general consensus regarding capitalization of titles:

Some style guides, like APA, have a four- and five-letter rule. Capitalize all prepositions of four or five letters or longer.

Tip: avoid starting a heading with a symbol or number. Spell it out or re-cast the heading.

Here is a worthwhile link: Writing Effective, Attention-Getting Headlines and Titles on Your Blog

If you have problems with the technical lingo on these pages, help is on the way! Go to Net Lingo or Wikipedia.

What Should I Look for When Choosing Home Health Care? Guest Post by Nicholas Rubright As your … END_OF_DOCUMENT_TOKEN_TO_BE_REPLACED

Guest Post by Lance Cody-Valdez If you’re a solopreneur, you may be wondering if you’ll ever have … END_OF_DOCUMENT_TOKEN_TO_BE_REPLACED

December 2, 2021 Guest post: Teresa Siqueira If you have a busy … END_OF_DOCUMENT_TOKEN_TO_BE_REPLACED