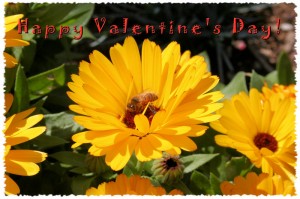 According to Wikipedia, Saint Valentine’s Day (commonly shortened to Valentine’s Day) is an annual holiday held on February 14 celebrating love and affection between intimate companions. The holiday is named after one or more early Christian martyrs named Valentine and was established by Pope Gelasius I in AD 496.

It is traditionally a day on which lovers express their love for each other by presenting flowers, offering confectionery, and sending greeting cards (known as “valentines”). The holiday first became associated with romantic love in the circle of Geoffrey Chaucer in the High Middle Ages, when the tradition of courtly love flourished.

Modern Valentine’s Day symbols include the heart-shaped outline, doves, and the figure of the winged Cupid. Since the 19th century, handwritten valentines have largely given way to mass-produced greeting cards.

According to Judy, it’s also a day to share the love…everywhere you go. Happy Valentine’s Day!

What Should I Look for When Choosing Home Health Care? Guest Post by Nicholas Rubright As your … END_OF_DOCUMENT_TOKEN_TO_BE_REPLACED

Guest Post by Lance Cody-Valdez If you’re a solopreneur, you may be wondering if you’ll ever have … END_OF_DOCUMENT_TOKEN_TO_BE_REPLACED

December 2, 2021 Guest post: Teresa Siqueira If you have a busy … END_OF_DOCUMENT_TOKEN_TO_BE_REPLACED