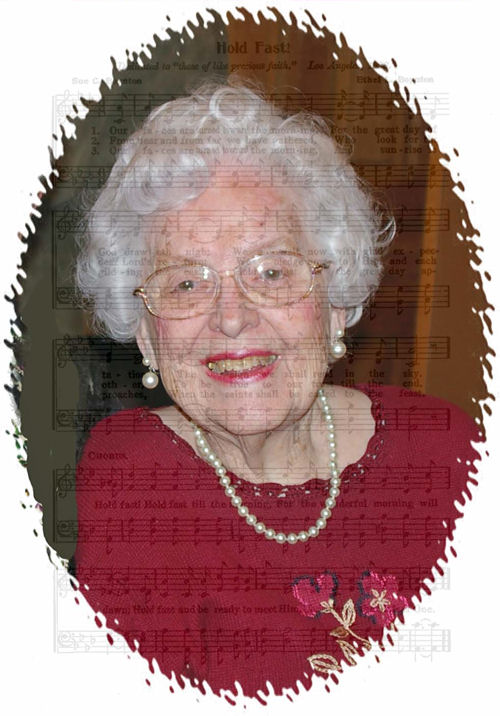 I knew our mother was dying, but felt so sad that she had to suffer so much toward the end of her colorful, creative life. Less than two weeks ago I flew to the Pacific Northwest to attend a class reunion, and visit my mother, sister, and son, Ron and daughter-in-law, Kerrie.

When I made the airline reservations, I knew that Mom wasn’t doing well, but there was no clue that she would be gone in so short a time. What I consider a miracle is that the last week of her life was spent in an assessment facility in Monroe, just 20 minutes from where Ron and Kerrie live.

They moved her from Bellingham to try to determine what was really wrong with her. They determined that all her “dementia” was the result of excruciating pain resulting from a fall…a fall that gave her a hip/back area fracture.

One little event, and in that split second, all her family and many friends’ lives changed radically.

While she was going through so many issues, my three siblings all spent much time with her. Finally it was my turn. Sister Jan drove me to Monroe, where we went to see our mother. She was confused and couldn’t articulate much except that she was in pain. Later Ron came and picked me up, and Jan drove to her home in Olympia, intent on finding a skilled nursing facility for Mom…

That week, as Ron and I visited Mom, she became less and less in touch with her surroundings, but was also free of pain. Ron had spent hours with her before Jan and I appeared on the scene, and he was his Grandma’s protector. He hugged her and kissed her and talked with her (mostly one-sided) in the most remarkable way.

One night, he brought his iPod, and put the earplugs in so she could hear some classical piano music. It was the most peaceful that I saw her. She KNEW this was something special. But 15 minutes or so was enough. Her system was slowly shutting down, and she couldn’t process things the way she used to.

Four months before, she was spunky and spirited, as she sat to have her photo taken at a Bellingham Mayor’s Award Ceremony. Now she was near death. She was going so fast.

On Sunday, we went in so I could say goodbye, but by then she didn’t recognize me. Wow, it was rough. I asked Ron if he would hold her hand, and mine, and I’d get a picture. I wanted something that would remind me of the special bond between the three of us…three generations entwined in a deep love of music. The picture was fuzzy, because I had to take it one-handed, but that’s okay. I touched it up. It’s the idea that the three of us had something just for us…something to help Ron and me work through our grief. 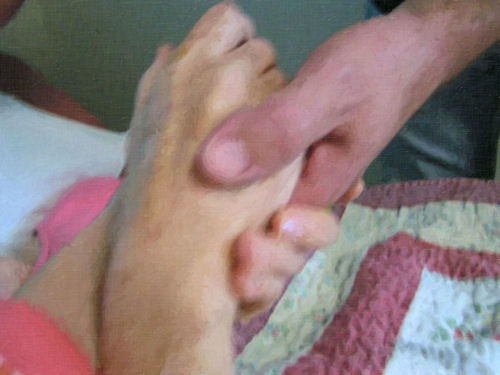 Tuesday Mom was transported to a nursing home in Olympia, where Jan was waiting. Wednesday morning, about 10:30, Mom breathed her last.

Here is her formal obituary:

After 96 years, Ethel Boynton Crook played the last stanza of her life symphony and although it was perhaps the most difficult, it was the most inspiring to those who knew and loved her. Born on November 7th, 1910 to Dr. Solon and Sue C. Boynton, Ethel, the eldest of five children, grew up in Bellingham, attending schools and gaining her degree in music and teaching credentials from Western Washington University (then the state normal school). An avid horsewoman and musically gifted, she married C. Calvin Crook and they had four children: Carolyn Downing of Eureka, California, Judy Vorfeld of Peoria, Arizona, Janet Pierson of Olympia, Washington and David Crook of Peoria, Arizona.

After forty years of teaching in the Bellingham, Ferndale, and Lynden schools, Ethel Crook retired, but retirement didn’t stop her from staying involved in her community and church, including playing violin in the Whatcom Symphony Orchestra, of which she was a co-founder. Fiercely loyal and committed to her family, Ethel proudly held title to her role as mother, grandmother and great-grandmother.

Among her musically talented family is a great-granddaughter who became the proud recipient of her treasured (circa 1750) violin. An avid Mariner’s fan, Ethel still found time to play the organ in her church, remain active in Chapter F of the PEO sisterhood and stay committed to the Bellingham Music Club where she became instrumental in setting up music scholarships for worthy students. Her accomplishments and awards–too numerous to mention–are now tucked away in drawers and file cabinets and hearts, but her music goes on.

She is survived by her four children and their spouses Bob Downing and Janet Crook, her foster son, Willie Hillaire, her sister, Lois Cruea Stevenson, and numerous grandchildren, great-grandchildren, nieces and nephews. During the late afternoon of her life, loving family and friends made her days richer and Ethel Boynton Crook just kept on giving back from the dynamic essence of who she was.

By Jacky Xu This might be your first time to hear it, but we will repeat it: A cluttered … END_OF_DOCUMENT_TOKEN_TO_BE_REPLACED