You are here: Home / Grammar / Due to or Because of? 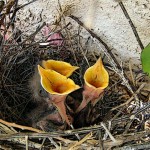 It’s easy to mix up usage of “due to” and “because of.” Here are some tips to help you remember which is which.

“DUE TO” modifies nouns, but introduces adjective phrases: “Her failure was due to poor study habits.”

Explanation: “due to poor study habits” modifies the noun “failure.” “Due to” is almost always used with a form of the verb, “be,” (is, am, was, are, and were). Some say “due to” usually means “caused by.”

“BECAUSE OF” modifies verbs, but introduces adverbial phrases. “She failed because of poor study habits.”

Explanation:
“because of poor study habits” modifies the verb “failed.”

These days, people sometimes use “due to” after a verb, but when possible, keep “due to” with nouns and “because of” with verbs. Memorize DTN (due to noun) and BOV (because of verb).

If you can’t remember, many experts say to use “because of” rather than “due to.”

Here’s a site to reinforce your learning: University of Kansas

What Should I Look for When Choosing Home Health Care? Guest Post by Nicholas Rubright As your … END_OF_DOCUMENT_TOKEN_TO_BE_REPLACED

Guest Post by Lance Cody-Valdez If you’re a solopreneur, you may be wondering if you’ll ever have … END_OF_DOCUMENT_TOKEN_TO_BE_REPLACED

December 2, 2021 Guest post: Teresa Siqueira If you have a busy … END_OF_DOCUMENT_TOKEN_TO_BE_REPLACED