You are here: Home / Archives for Web Development

Content creation is the bread and butter of online business, but research shows that you need to have a presentable face in order for web surfers to consume it. According to a study cited by the Forbes council, 88% of businesses consider a presentable website key to both visiting and staying on a site, and where ecommerce is involved, making a purchase. The message of this is clear – investing in the graphic design of your writing website will be as much of a boost as a successful creative process. Having a clear yet recognisable theme for your service will show off your professional credentials.

If at all possible, you should give your art a distinct personal edge to it. According to research reported by CNBC, consumers will willingly give more time to businesses that are able to offer that personal edge, and when it comes to paid services, are often willing to give more money over. With that in mind, it’s well worth developing the skills to be able to conduct simple graphic design. Whether with pen and paper or digitally, it’s quite simple to learn the basics of graphic design and start drawing your own designs. Consider finding an element that is very personal to you and aiming a design around that, perhaps by picking an animal or item that is distinct to your identity, and building a logo around it. A simple sketch of a wise owl, a pen or a pair of glasses, for example, can communicate both your business and your personality, and this will help you to create a cogent design for your page and also let your followers know a bit about you.

When to approach professionals

Of course, there may be times when you are unable to invest in your own design – either because of a lack of time or resources, or because you simply don’t feel you want to develop your own design style. There is no harm in commissioning designers to produce your work, and the web has an absolute bounty of appropriate places to find artwork. Again, aim for a personal touch – look for bespoke designs and designers that will give you the opportunity to really drill down into what sort of function you want the work to have. Like with your writing, it’s great to get people in who can give you a second pair of eyes or opinion, but it’s really important that you don’t neglect the personal angle.

Whether producing your own artistic designs or using professionals, the most important factor to aim for is consistency. Often termed as ‘brand voice’ in marketing, having a consistent style and message will help to build a relationship with those visiting your website. It can help to form an indelible link between your art, your written content, and your regular visitors. Brand voice sounds like marketing jargon, but it’s a well established concept; even government agencies have been directed to develop a brand voice, as it can enhance customer service. This is what your efforts will ultimately come down to – giving the best experience to the people that your writing website is designed for.

No matter how good your writing is, unless you are a world-famous talent, you need a good level of art design to go with it. In the modern digital era, designing your own art is not as onerous as perhaps it was in the past, and it can be done to a decent level with simple tools. Develop a clear and consistent graphic design style and deploy it; your website will feel the benefits.

Did you know that you can create great text for your Web site, yet make it next to impossible for visitors to read your splendid words?

Inexperienced Web business owners are usually so carried away with exciting graphic elements that they neglect a Web publishing basic: make the text readable.

Yeah, you think, but who wants boring black text on a boring white background, when the Web is full of color and excitement? Why not make it vibrate with energy? Good question, but here’s one that’s more important: are you designing to satisfy yourself, or to sell your products, information, or services?

I’m often asked to critique sites. Here are some of the biggest errors relative to text that I’ve found on Web sites. They all break one of the cardinal rules of site design: design your text for easy reading.

If you’re making a statement to the world, and your statement includes wild colors and poor text contrast: fine. You may not care if anyone reads it, in fact, sometimes just having it in cyberspace gives you all the satisfaction you need.

But if you want to run a business, then treat your visitors with respect. Anticipate their needs. They have limited time and resources. Some are color-blind or have other vision impairments. Many have very small monitors; this includes a number of laptops (notebooks), notepads, and mobile deviced. Some systems have outdated video cards or low color depth abilities.

Give your business, organization, or project a break! Don’t color text for dramatic effect. Make sure that every aspect of your site design is done to meet or beat your visitors’ expectations … especially your text. It’s a great way to get a return on your investment. 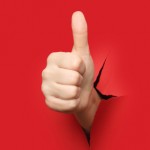 I recently learned of a WordPress website tutorial, and finally sat down to watch the entire program, which was around an hour. Very, very good. Informal, very organized, and it puts everything together in a nice way. It even has closed captioning, which is always a good thing.

If you’ve been wondering whether you can do it, and are motivated, you might want to use this video as a springboard for your online adventures. But do remember: I said “MOTIVATED.” Creating any website only works if you are a person who never gives up. Following are a link and the video itself. Enjoy.

With the proliferation of smartphones, the arenas of social media and mobile shopping, or “m-commerce,” are hotter than ever. According to the Pew Research Center, 45% of adults in the United States own a smartphone.

Mobile technology is even more popular with Millennials, the demographic targeted by many marketers. Among Americans ages 18 to 29, a whopping 66% own a smartphone, the Pew Research Center reports. Within that same age group, 67% of cell phone owners use social networking sites via their mobile device. Of further note to marketers, Pew reports that smartphone ownership rates rise in relation to income levels.

Other recent studies have highlighted the growth of mobile shopping, including a report by Forrester that predicted 40% annual growth for m-commerce through 2016.

Given such statistics, it’s incumbent upon businesses to develop a social media strategy and then optimize their online content to keep it fresh, relevant and compelling for that target audience. Here’s how it’s done.

Focus on Facebook: When it comes to social media, Facebook’s closest competition isn’t even close. As of August 2012, 66% of online adults used Facebook, while 20% used LinkedIn and 16% were on Twitter, Pew reported. To maintain its popularity with businesses, Facebook has created a number of apps and services that facilitate electronic and m-commerce by targeting consumers, polling customers and providing insight into user engagement. For business pages, Facebook recommends posting brief anecdotes, questions or informational tidbits that relate to the brand but don’t mention it directly; the social networking site’s 2012 study of almost two dozen brands across six industries found that those kinds of posts drew the most engagement.

Leverage Visuals: Facebook estimates that posts that include a photo album generate 180% more engagement than those that don’t, while posts that include a picture generate 120% more engagement. Visual information is more likely to be retained than written or spoken details, particularly with social media users who are exploring a brand for the first time. A business’ social media pages should include design elements that reflect the target market’s values and aesthetic preferences. Visuals also allow for concision in written posts—particularly important on Twitter—and can broaden a brand’s international appeal.

Use Time Wisely: The data analytics firm KISSmetrics has tracked Facebook shares and Twitter posts in relation to the time of day they were sent. The findings have significant implications for every business that markets on these sites. Facebook “shares” peak about noon and 7 p.m. Eastern Standard Time (EST), with Saturday by far the best day to share. Twitter chirps the loudest about 5 p.m. EST. The number of posts is important, as well. On Twitter, sending one to four tweets an hour brings the highest click-through-rate; on Facebook, posting once every other day results in the best rate of page “likes.”

Ask and Answer: Dialogue is essential to brand recognition and identity, but many marketers overlook the conversational element of social networking. Brand loyalty is the result of established relationships between businesses and customers; in the absence of face-time, user comments, questions and concerns bridge the digital gap. Questions can be structured according to desired results; open-ended questions generate fewer but more substantive responses, while “yes or no” questions are useful for obtaining larger amounts of straightforward data. Also, the most successful businesses acknowledge all customer remarks with individualized responses.

In today’s digital age, businesses ignore the power and reach of social media at their own peril. Providing fresh and relevant content – and providing it in the format and forums favored by their customers – can bring optimal marketing results.

BIO
This guest post was provided by Dean Vella who writes for University Alliance on topics pertaining to the subjects of internet marketing and online social media courses.

What Should I Look for When Choosing Home Health Care? Guest Post by Nicholas Rubright As your … END_OF_DOCUMENT_TOKEN_TO_BE_REPLACED

Guest Post by Lance Cody-Valdez If you’re a solopreneur, you may be wondering if you’ll ever have … END_OF_DOCUMENT_TOKEN_TO_BE_REPLACED

December 2, 2021 Guest post: Teresa Siqueira If you have a busy … END_OF_DOCUMENT_TOKEN_TO_BE_REPLACED