You are here: Home / Archives for Language

Ever seen a word in a group followed by a hyphen and a space that looks strange? Like this:

Studies have determined the distinctions between right- or left-brain functions.

Welcome to the world of suspended hyphens. When one or more hyphenated adjectives** has a common basic element and this element is shown only with the last term, insert a suspending hyphen after each of the incomplete adjectives to indicate a relationship with the last term.

If you don’t like using suspended hyphens, why not re-cast their sentences to avoid them? Example: using the heading of this article, you could recast to say, “There will be a delay of between two and six days.”

** Adjectives: Word that describes what kind, how many, or which one. Adjectives can be single words or a group of words. Modifies the meanings of nouns and pronouns.

A lot of people get confused when the plural of a word doesn’t end in an “s.” What’s going on?

CRITERIA OR CRITERION?
“Criteria” is plural (like “phenomena”), while “criterion” is singular, like “phenomenon.” You have one criterion or many criteria. It’s easy to be confused, since some words (e.g., “data” and “media”) are the same whether singular or plural.

Examples: Angela Allen Parker detailed the six basic criteria for accepting a client…The restaurant has one criterion for entry: every customer must wear shoes or sandals. 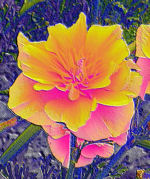 “Compliment” is more commonly used. It means saying something nice about someone.

COMPLEMENT
“Complement,” much less common than “compliment,” has a number of meanings associated with matching, completing, or perfecting. If you’re not giving someone praise, the word is usually “complement.”

IMPLY
Imply means that someone wants to make something understood without expressing it directly. It is safe to say that this technique is used often by politicians.

INFER
Infer means that the hearer perceives or concludes something.

One university writing lab says, “You imply things through your own words. You infer things from someone else’s words.” The speaker implies. The listener infers.

What Should I Look for When Choosing Home Health Care? Guest Post by Nicholas Rubright As your … END_OF_DOCUMENT_TOKEN_TO_BE_REPLACED

Guest Post by Lance Cody-Valdez If you’re a solopreneur, you may be wondering if you’ll ever have … END_OF_DOCUMENT_TOKEN_TO_BE_REPLACED

December 2, 2021 Guest post: Teresa Siqueira If you have a busy … END_OF_DOCUMENT_TOKEN_TO_BE_REPLACED