You are here: Home / Archives for Grammar 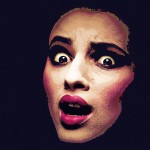 You must never end a sentence with a preposition! How often did you hear this in school? I have good news: you can end a sentence any way you choose to. Ending sentences with prepositions is something I looked into. Thoroughly.

Let’s define a preposition. It’s a connective word that shows the relationship (in terms of time, space, cause, ownership, association, accompaniment, or manner) between a noun (or pronoun) and some other word in the sentence. Think “relationship,” think “position,” when you think “preposition.”

Some of the most commonly used prepositions: about, above, across, after, against, along, amid, among, around, at, before, behind, below, beneath, beside, between, beyond, by, concerning, during, except, for, from, in, inside, into, instead, of, off, on, onto, out, over, past, pending, regarding, respecting, round, since, through, to, toward, under, until, unto, up, upon, with, within, without.

There are rules floating around–causing conflict and consternation–that were never really, truly, official grammar rules. They were often the personal preferences of people who liked to speak out on the subject. People in power. Like your fifth grade teacher or your great-aunt Matilda.

These good people are often the same ones who say (or said) we can never begin a sentence with “and,” “but,” “or,” “also,” or “however.” But they’re mistaken. In both cases, it’s okay if it makes for an easy-to-understand sentence. However, make sure to use such words in very informal communications.

Sometimes using a preposition at the end of a sentence (terminal preposition) is awkward, and sometimes it’s better to use one at the end. For example:

If good communication is your goal, just make sure that the sentence is clear for the reader or listener.

Two helpful sites: Prepositions and how to use them and Prepositions: Professor Charles Darling. 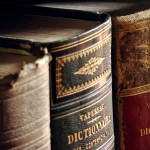 Have you ever wanted to become an expert on alliteration? If nothing else, it’s such a beautiful word! Seriously, when one uses alliteration properly–especially in publications–it is subtly effective.

If you work on Web sites, e-zines, or print newsletters, this may be a good time for you to brush up on the amazing world of alliteration.

Generally one can use alliteration in business: in headings, headlines, and (very carefully) in letters, proposals, reports, etc.

Here’s some alliteration used by my local newspaper, The Arizona Republic, in one day’s main section:

In alliteration, the rhyming words don’t need to be next to each other; they just need to be in the same grouping of words. And the words used don’t need to begin with the same letter: they need to have a similar initial sound. Examples: night / knight … no / know … cede / seed … cell / sell. 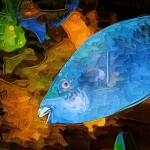 Let’s look at it this way: if Company X is an entity, then anyone writing about it should probably say, “Company X launched its latest money-saving offer.” Just my opinion. Now let’s go to the experts.

The Gregg Reference Manual, Ninth Edition, by William Sabin says that when using organizational names, treat them as either singular or plural (but not both). Ordinarily, it suggests you treat the name as singular unless you wish to emphasize the individuals who make up the organization. In that case, use the plural.

Gregg uses these examples to make sure there’s subject-verb agreement:

Professor Charles Darling says, “The names of companies and other organizations are usually regarded as singular, regardless of their ending: ‘General Motors has announced its fall lineup of new vehicles.’ Try to avoid the inconsistency that is almost inevitable when you think of corporate entities as a group of individuals: ‘General Motors has announced their fall lineup of new vehicles.'”

Okay. Your assignment: choose whatever helps the reader or listener understand as clearly as possible.

Do you get confused when the plural of a word doesn’t end in “s”? 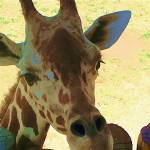 “Criteria” is plural (like “phenomena”), while “criterion” is singular, like “phenomenon.” You have one criterion or many criteria. It’s easy to be confused, since some words (e.g., “data” and “media”) are the same whether singular or plural.

Examples: Elsbeth Oggert detailed the six basic criteria for accepting a client…The restaurant has one criterion for entry: every customer must wear shoes or sandals.

What Should I Look for When Choosing Home Health Care? Guest Post by Nicholas Rubright As your … END_OF_DOCUMENT_TOKEN_TO_BE_REPLACED

Guest Post by Lance Cody-Valdez If you’re a solopreneur, you may be wondering if you’ll ever have … END_OF_DOCUMENT_TOKEN_TO_BE_REPLACED

December 2, 2021 Guest post: Teresa Siqueira If you have a busy … END_OF_DOCUMENT_TOKEN_TO_BE_REPLACED