You are here: Home / marketing / Brand Ambassadors: The Next Evolution in Social Marketing 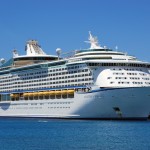 What’s the best form of advertising? Word of mouth.

You can’t put a price on it. TV commercials, billboards, radio ads and magazine spots don’t come close to the power of a loyal and vocal customer base. Before the social media era, it was difficult to control and manipulate that audience, and those who tried were often found out by reporters or publishers.

In 2009, Consumerist reported that Royal Caribbean cruise lines used a marketing team to post positive reviews on various cruise-related sites. The company sought out bloggers who regularly posted in the Cruise Critic blog and who were avid cruise fans, and invited them to free cruises with hopes that they would later write positively about the company. The reviewers were known as “Royal Caribbean Champions” and led by the marketing company Customer Insight Group. However, according to Royal Caribbean Associate Vice President Bill Hayden, there was no quid pro quo involved, and the “Champions” were free to write whatever they wanted.

Nothing they did was against the law, nor was there an ethical precedent to dictate against what they were doing, but the consumer backlash did lead to some bad press when their tactics were exposed. Customers looking for authoritative reviews online didn’t take kindly to the uncertainty.

Fast forward four years and what was done on company review sites is now taking place in social media. Verizon, one of America’s largest wireless and Internet service providers, is a great example of how brand ambassadors have evolved from Royal’s practices. A method known as “pay-for-play,” Verizon seeks out fiOS customers and “incentivizes” them to tweet positively about the brand and their user experience by directing followers to destinations “Verizon fiOS at Cable.tv” or using certain hash tags are other tweeters are likely to follow.

If this sounds eerily similar to the example used for Royal Caribbean, it’s not. Verizon does have their brand ambassadors disclose their activity in their twitter profile bios. It’s a gray area, since most followers will never see them, but it is an extra step towards transparency.

Brand ambassadors aren’t limited to enterprise marketing. B2C blogs and sites are ripe with how-to’s and advice on soliciting brand ambassadors for your small business. Bizcommunity.com emphasizes that word or mouth and social media marketing are the media that offers an immediate two-way conversation when speaking about your brand. So finding the right people to promote your product can often be a make-or-break situation for your company’s future.

Aside from finding the right people, honesty and transparency will be your two most important tools with brand ambassadors. Royal Caribbean’s non-disclosure is what got them called out in the end. Some consumers might find Verizon’s practices suspect, but their transparency helps keep them on the better side of the gray area. There will always be companies who try to sneak in brand promotions without disclosing incentives, but in the future we could likely see anything from “sponsored” labels to specific hash tags that notify the follower that certain promotions is paid.

By Jacky Xu This might be your first time to hear it, but we will repeat it: A cluttered … END_OF_DOCUMENT_TOKEN_TO_BE_REPLACED