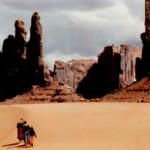 It’s been a long wait! My sister, Jan Crook Pierson, wrote an article for Arizona Highways several years ago, and it’s finally published. It’s about our dad, Cal Crook, and his photography:

Trip of a Lifetime: Monument Valley is a mystical place that has attracted artists, Hollywood directors, family vacationers and other vagabonds for years. It also attracted a science teacher in 1946. Equipped with a camera and a 1941 Chevy, Cal Crook began an unforgettable journey into the heart of Navajo civilization. The experience changed his life. Six decades later, his children retraced his footsteps. The car and the camera were different, but the effect was much the same.

This article is being published in the January 2010 Arizona Highways, and is now on newsstands. Excuse me…I need to run to the store and buy a copy!

What Should I Look for When Choosing Home Health Care? Guest Post by Nicholas Rubright As your … END_OF_DOCUMENT_TOKEN_TO_BE_REPLACED

Guest Post by Lance Cody-Valdez If you’re a solopreneur, you may be wondering if you’ll ever have … END_OF_DOCUMENT_TOKEN_TO_BE_REPLACED

December 2, 2021 Guest post: Teresa Siqueira If you have a busy … END_OF_DOCUMENT_TOKEN_TO_BE_REPLACED